Fake News’ anatomy and how to spot them

Pope Francis’ first selfie was a social media hit! The image of the joyful Holy Father, posted on Instagram on December 2015, received more than 9,000 likes in a matter of hours. Several news outlets, including New York Daily News and CNN, reported it as a top story.

The image however is not a selfie, but a screen grab of a video chat the Pope hosted a year before. Adding up to this, it was posted by an “unofficial” Vatican account. We might call this the perfect fake news anatomy.

The term “fake news” was originally coined by Buzzfeed’s media editor, Craig Silverman, on mid-2016 to refer to a cluster of websites posting fabricated stories which were pulling in huge numbers on Facebook. Shortly after, the phrase was widely spread as a journalistic cliché describing false, often sensational, information disseminated under the guise of news reporting. However, to be honest, it was Donald Trump who popularized it in record time. Thereafter, it was named the Word of the Year by Collins Dictionary on 2017.

Nevertheless, scholars have claimed the issue is not as black and white as it has been presented. On the contrary, it is a gray area that implies connections, intentions, players, technologies and other elements. Consequently, scholars recommend it be named Information Disorder or Information Pathology, which might be a more appropriate framing for an ambiguous, highly complex, changing and ongoing phenomenon.

Furthermore, it is critical for all of us, communicators and general public, to take some simple precautions to prevent being caught by this trap:

1. Double check the source: Repeatedly, these misinforming posts come from accounts or social media profiles that are a parody of authentic mass media or celebrities. Usually, they use the same corporate colors, but the name has a small twist. For example, make sure it is a verified Twitter account by confirming it is followed by a blue check mark. Pay attention to the details!

2. Do your own research: Much of the problem with fake news lies in memes and pictures. If that is the case, a quick tip is to conduct an image search in Google and find all the possible websites where that image has been used.

If it is a video going viral, it is possible to track its metadata and records. In this case, go to the YouTube Data Viewer, paste the link of the video and you will get the summary, the video ID, the upload date and the upload time.

3. Doing nothing is always an option. If you have doubts about a publication’s authenticity and you do not have the time to double check it, do not share it. A study conducted by Hubspot shows one tweet out of 10 is retweeted without clicking on the link first.

4. Join specialized networks. There are global initiatives focused on discussing this issue and trying to mitigate its impact. It is strongly recommended you join one of those specialized networks and keep informed about what could be fake news. Some reliable resources you may want to visit: 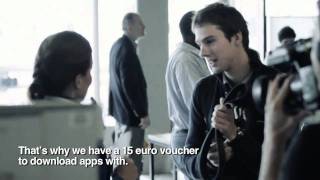